The company Gitzo recently had their 100th birthday. To celebrate this amazing accomplishment, the brand hired Connecticut based photographer Joe McNally to shoot images for the “Framed on Gitzo” campaign.

Timing drove the necessity of the project. Factoring this into Joe’s schedule was difficult, but luckily, one of the workshops Joe was planning on teaching landed on the same dates as this project for Gitzo in Kona, Hawaii. So, Joe went ahead and pitched the beautiful location to his client. Unsurprised by the company’s answer, Gitzo loved the idea, and Joe ran with it.

The creative team at Gitzo gave Joe as much creative freedom as he wanted and needed. The goal was to create outstanding images for social media purposes and to grab peoples attention letting them know about the company’s long run of success over the 100 years. This project was a fantastic opportunity for Joe to be able to create images that he has always wanted to create. Since he is a Gitzo ambassador with a large Instagram following and is a very successful photographer, Gitzo felt comfortable letting him make all the decisions.

Joe came up with the idea to shoot night-time images of fire knife dancers on the beach.

I suggested to them the idea of night time exposure. I’ve worked with fire knife dancers in Hawaii a great deal, which isn’t a new idea, but if you do it well, it creates a really nice vibrant picture. The little bit of difference I wanted to throw into the mix, usually in the case of shooting fire knife dancers or any sort of dancer, out on the rocks in Hawaii, is that you often operate fairly close to them in the realm of wide angle lenses. So I shot this photo with a 600 mm lense, which the client loved almost instantly.

The team knew that if they utilized these cool dancers on the beach, people would crowd around them to watch the show. So, with the help of Don Slocum, Joe was able to find a remote location where the wider team wouldn’t be bothered by other people. Once the group found the perfect spot, they had to hike with their equipment to access this isolated beach. Saltwater, sand, slippery rocks, and wind are the typical conditions on the beach, which do not serve as comfortable conditions for photographers. If you aren’t careful, things can go wrong in a matter of seconds, and that’s exactly what happened when Joe turned his back for a second and the surf swept away one of his Profoto B-1 heads, fitted with an RFI light shaper. Unfortunately, this wasn’t the only issues that he ran into during this project.

During the first go-round, he felt that the images he captured seemed “too typical.” He discussed this issue with the creative team at Gitzo, and they were very understanding because they were all on the same page of wanting impactful images. Joe went out a second time, and this go-round he captured better images that he had initially had in mind. This is the benefit of having a good relationship with the client, being able to communicate and work together on delivering the best final product that you can. 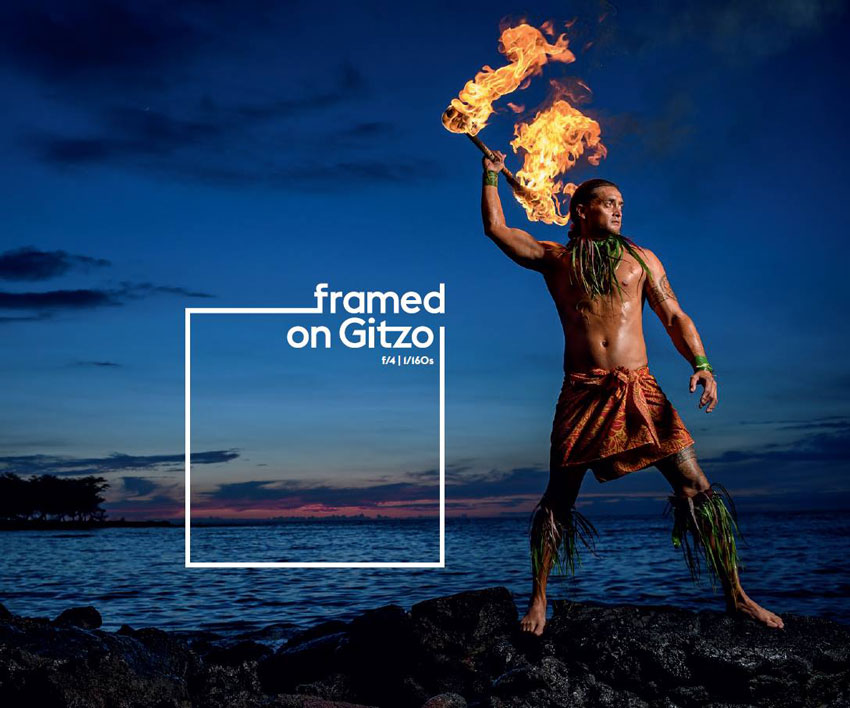 Gitzo was delighted with the outcome, and the team has run these images on their social media platforms. As of now, one of the images has become the most liked picture on the brand’s Instagram, scoring over 8,500 likes! Joe is a happy Gitzo tripod user and excited to maintain their ongoing relationship into the future.

See more of Joe at joemcnally.com!

Want to see more from these and other photographers? Check out our Find Photographers page, or just reach out to hear more!