Think about the way you used fans when you were a child, shoving your sweaty body right up against one, or sticking your face close enough to the whirring blades so that they could chop and distort your voice. You could’ve spent hours doing that if not for the adult in the room, dragging you away and finding some other distraction for you.

As adults, we view fans differently; in fact, many of us don’t view fans at all. Sure, we use them and scramble to find them when the humidity and heat of the summer get to be too much. But we don’t view them like hyper-detail-oriented photographer William DeShazer does. For William, who lives in Nashville, viewing fans in a new light was not a difficult task. When the senior creative manager at Hunter Fan Company heard of William, they were intrigued and wanted to know more about the man.

They loved my work that I’d done with various Kentucky bourbon brands in the past. It was that work and attention to detail that piqued the client’s interest.

The photoshoot was full of ebbs and flows. Certain fans had different materials that created challenges to deal with. Reflective surfaces, color casts, various gradient adjustments. But we did hit a rhythm and learned how to adjust as the days progressed.

William’s first shoot for HFC was three full days of going through various products. They used a studio space on Hunter’s campus for the first two, and on the last day, they were in a warehouse in which they built a makeshift studio.

A big creative challenge was in the studio space itself. Six areas held lights and fans, and for efficiency’s sake, we were installing fans, shooting them, then moving our lighting setup to another space so that a new fan could be installed. Every move meant a new lighting setup and problem to solve. I cannot say enough good things about my assistant and his expertise.

There was a significant focus on the smallest of details during this shoot, and it was no different afterward. While the actual fans were kept extremely clean to cut down on post-production, William still adjusted gradients on the fans’ blades or any reflective surfaces in post. He kept this in mind as he took the photos and stayed vigilant of what work would need to be done later.

At times, I was cleaning up details and individual pixels, which I’ve never done before. It was surprisingly enjoyable, and I found it to be very rewarding.

William’s excitement over these small details is infectious, and he dares you to blow up the photos for an in-depth inspection, even though you know you would never find anything out of place. 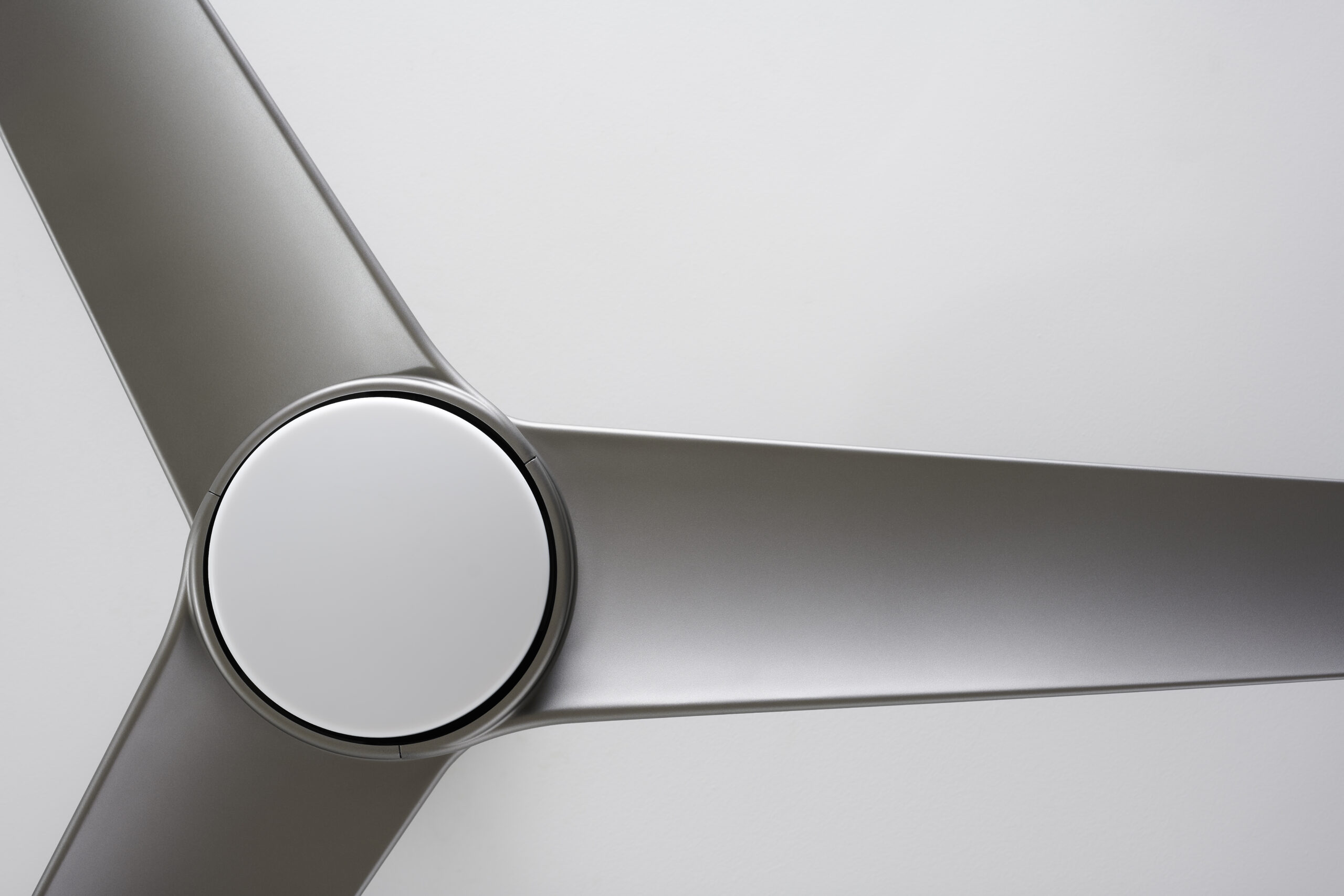 I’d never really done product photography on this level before, and I have to say I learned a lot. Usually, I’ll use up to three strobes for a shoot, depending on how agile I have to stay throughout it.

However, for this shoot, we were using four strobes to light each product. We were watching every small highlight and shadow, where it fell on the blades, the walls, the ceilings, and the body of the fan.

William also seems to have dived deep into the tiniest details of Photoshop, and his patience when it came to post-production is commendable. Despite his love for details and fascination with the particular activity involved in this shoot, William says his absolute favorite part was being able to work with his and Hunter Fan Company’s team. He credits his assistant’s expertise with a large chunk of this shoot’s success, especially when it came to lighting product after product and keeping things moving.

Working with a team you trust and respect is always the best part. Getting to know the clients and bond with them — even while masked up and socially distanced — is the reason you do the work.