As the world’s top luxury tile brand, Artistic Tile wanted to create images that personified their products’ elegant, up-market feel. We worked with The O Group and Samantha Wolov from estimate to invoice to create fashion-focused portraits in a stately home fully equipped with AT’s flooring, capturing the brand’s luxurious and tasteful aesthetic. 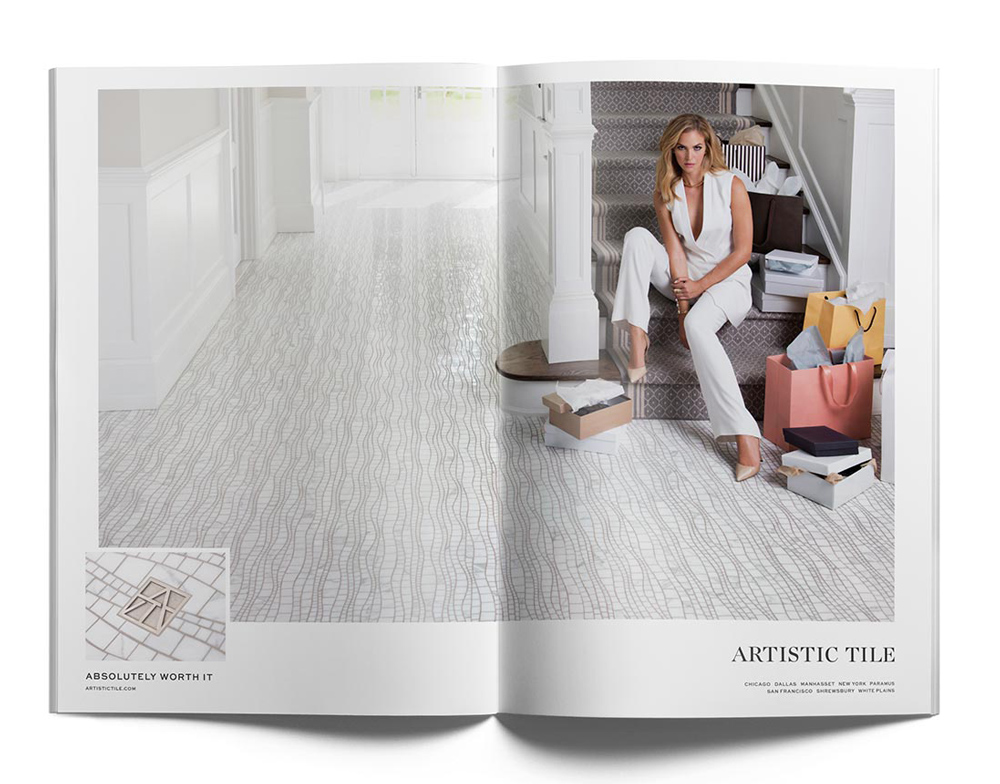 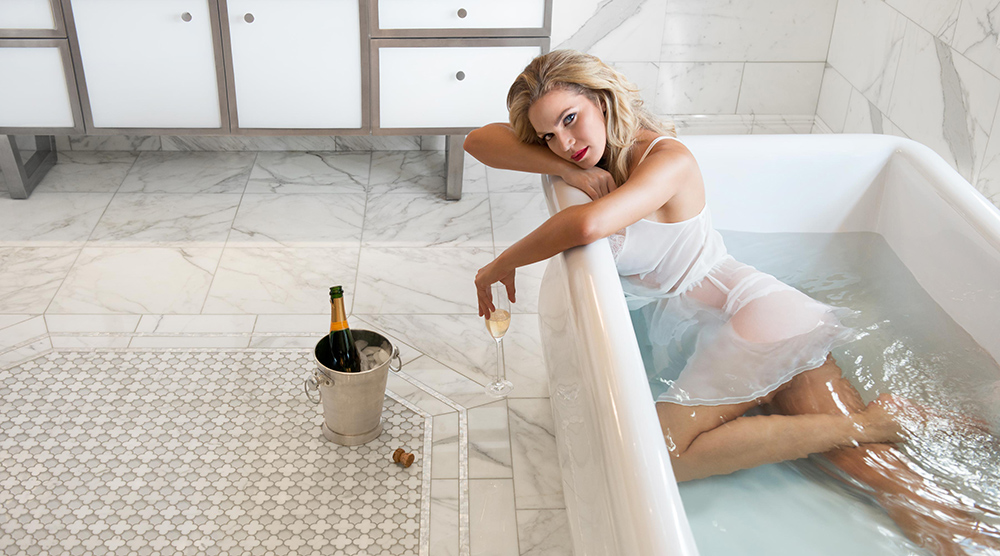 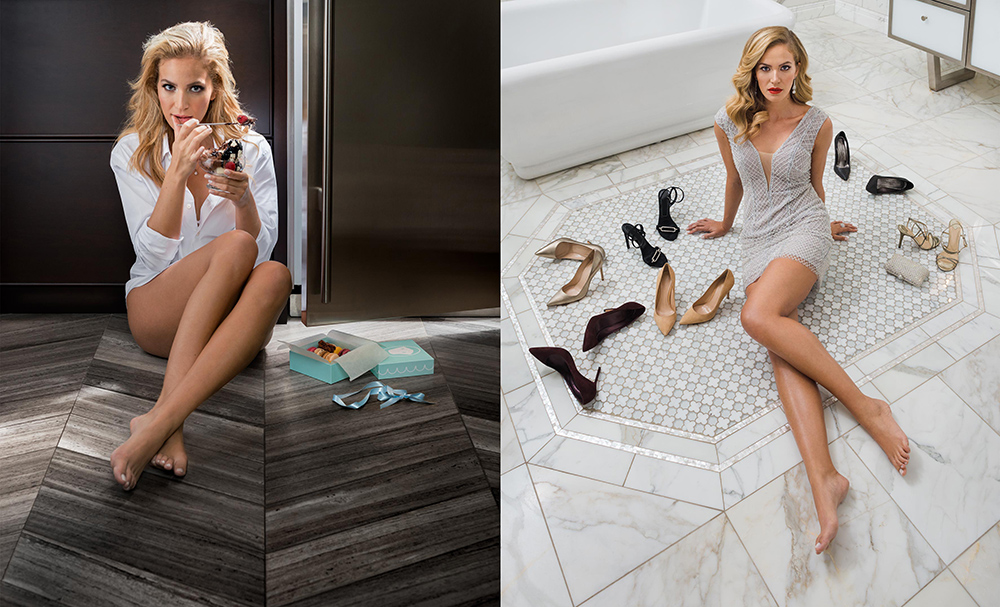 I was recently approached by San Francisco photographer, Samantha Wolov, to estimate a “fashion-style” shoot for Artistic Tile, the world’s premier designer, manufacturer, and installer of luxury tile flooring. As an experienced editorial fashion photographer, Samantha’s style was a great fit for the dramatic and sensual look that Artistic Tile was trying to capture. They needed a campaign that appealed to their high-end clientele on an emotional level, so they hired The O Group, which specializes in selling the champagne and caviar of life to their wealthy, sophisticated clients that Artistic Tile hopes to reach.

Artistic Tile had created a similar set of photographs in the past, but those images were beginning to show their age. The plan for this shoot was to create modern images that would not date as quickly, which Artistic Tile could use for both an immediate campaign and keep on file for use in the future. It’s said that luxury, like black, never goes out of style, and the idea was to capture that feeling in a fresh, contemporary way that wouldn’t feel trendy or passé in five years, or even ten. That’s a challenge for any creative, but Samantha has a photographic style especially well-equipped for the task.

I worked closely with Samantha to create an estimate for a one-day shoot, and upon approval, we launched right into pre-production. The agency was concerned about the tight turnaround, but for Samantha and me, it proved to be more than enough time to lay our plans.

Our first and most important step was casting. The talent would be the star of these ads, and without a convincing, beautiful and on-brand model, even the best photography might not make the ad a success. Our spec was simple—a young, beautiful fashion model with a timeless look that wasn’t too couture or avant-garde. Fortunately, Ford Models has no shortage of such, and we were able to take our pick from a selection of excellent choices.

Luckily, an executive at the company had a close relative whose whole house was finished with Artistic Tile’s products, including a stunning bathroom and a beautiful finished basement. The only downside was the address—while close to New York City, it was just far enough to make it hard to reach for the crew. We hired all of our photo crew, styling team and other necessities out of NYC, and arranged for a group transport to ferry everyone to and from the city.

Morgan Kazanjian, one of our producers, accompanied me as a production assistant and proved to be an invaluable resource on set (especially when a failure of our rental equipment required an emergency trip to Adorama).

The day before the shoot, Morgan and I loaded up the car with all of our equipment and production supplies and drove up to North Jersey. The following day, we were on set bright and early on what proved to be an unseasonably warm autumn day. Even while sitting in a tub of rapidly-cooling water, or coercing some rapidly-melting ice cream, our talent and crew performed admirably on a tight schedule. With her years of experience working with fashion models, Samantha deftly directed our talent while coordinating with The O Group’s creative team to produce imagery that captured the spirit of the campaign.

Once The O Group had a hard drive containing every image we captured, we packed up the set and headed home, carefully cleaning up behind ourselves to leave the home in the same condition we found it. Samantha and I took a first pass at the processing and then handed the images off to The O Group for final retouching.

A couple months later, the first image was released in a consumer home-improvement magazine, running under the tagline “Absolutely Worth It.” You can check out the spread below.