Like most photographer origin stories, Brooklyn-based Giacomo Fortunato received his first camera from his father in high school. A 35mm Konica (they don’t make these anymore). Giacomo’s high school specialized in the arts, so this allowed him to focus on playing jazz and printing photos in the school’s darkroom. Photography spoke to him in a way trigonometry never could.

He kept pursuing his passion and ended up earning his BFA at the Rhode Island School of Design. After graduating, Giacomo continued making personal work but also began to take on editorial and commercial assignments. He approaches photography as something to be incorporated into daily life, operating under the simple guideline of following what interests him and trusting that the rest will come naturally.

Most of my photos are spontaneous and happen organically…. I grew up causing ruckuses with my friends, building bonfires, drinking, breaking things, essentially being testosterone driven idiots, and I documented it all.

This method of working set the stage for how Giacomo interacts with the world and his subjects. He’s always inserting himself into as many different situations as he can, with camera in hand, finger on the shutter. He credits his willingness to put himself out there by becoming an active participant in what he’s photographing as one of the reasons he’s able to get so many interesting pictures.

When I pursue my personal projects, you can likely find me having a beer with random people and shooting the hell out of everything and anything. In some instances, I would have never gotten certain shots had I not broken down several social barriers by being part of the collective group rather than a fly on the wall.

One of Giacomo’s recent projects, Coexistence, explores the bizarre interactions between people and their environments from a distinctly American perspective. The pictures weave together humor, moments of poignancy, and unexpected juxtapositions, with a pinch of irony.

Once people insert themselves into the natural world, they disrupt it. Even in their absence, the human impact is still palpable and looming.

To Giacomo’s delight, he was contacted by Global Art Affairs, a Dutch art foundation that is curating a show, entitled, “Personal Structures – open borders,” hosted by the European Cultural Centre in this year’s, 57th Venice Biennale. They thought his pictures would be a great addition to the exhibition.

This news is especially sweet for Giacomo because he first saw the Venice Biennale years ago when working at the Peggy Guggenheim Collection. He fell in love with Venice back then and returned the following summer to work at the Venice Biennale at the United States pavilion. After that, he returned for the next ten years and is now finally getting to exhibit his work. Giacomo couldn’t be more thrilled.

There are three venues in Venice where the European Cultural Centre will be hosting their exhibitions. Giacomo’s work will be shown in Palazzo Mora, located in the Cannaregio district.

While reflecting on his accomplishments, I asked Giacomo what advice he’d give to emerging photographers:

Shoot what you’re interested in. If you keep on producing work, you’ll get better as both a photographer and an individual. Over time, people will start paying attention.

The role fine art and commercial/editorial work have had on Giacomo is pretty symbiotic.

If I hadn’t been working on so many personal projects, I wouldn’t have cultivated the style and perspective that editorial and commercial clients want. While my personal projects are free-form, my clients have prerequisites. I use these guidelines of what’s expected of me on assignment in my personal work now. Having some structure can really help flesh out a story!

What will Giacomo be doing while in Venice? Consuming a ton of Prosecco while enjoying the art. 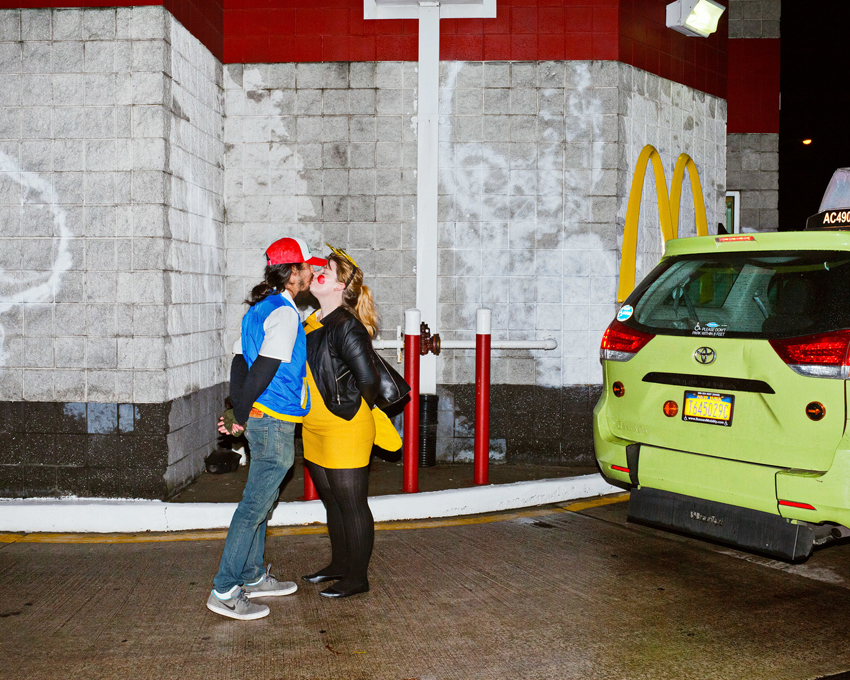 Let us help you Find Photographers, source Stock Photography,
Produce Your Shoot, or just reach out to hear more!