Please enter your email and we'll get back to you with more details about the benefits of our free and paid accounts.

We worked with the team at Y&R to coordinate four different road trips as part of the launch of Land Rover’s new Discovery Sport. Taking advantage of the photographers’ nearly two million collective Instagram followers, we helped showcase the capabilities of the vehicle while sharing images of beautiful landscapes and wildlife to a unique audience. Over 1,000 miles were driven through national parks, state forests, private ranches, and other locations monitored by the US Department of the Interior and the Bureau of Land Management, and we worked diligently to secure all of the necessary permits/releases (we had meticulous spreadsheets and a lot of paperwork to say the least). 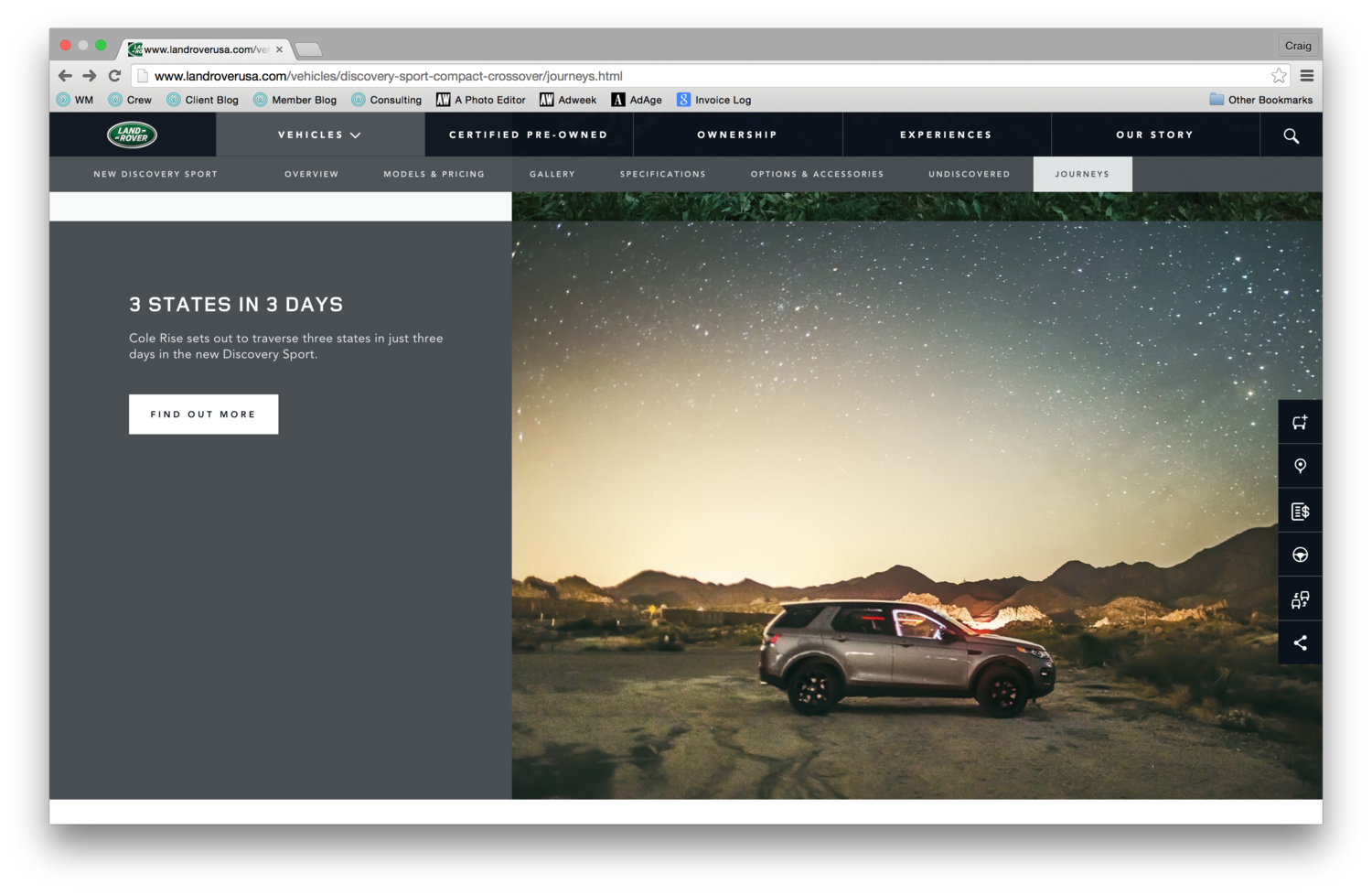 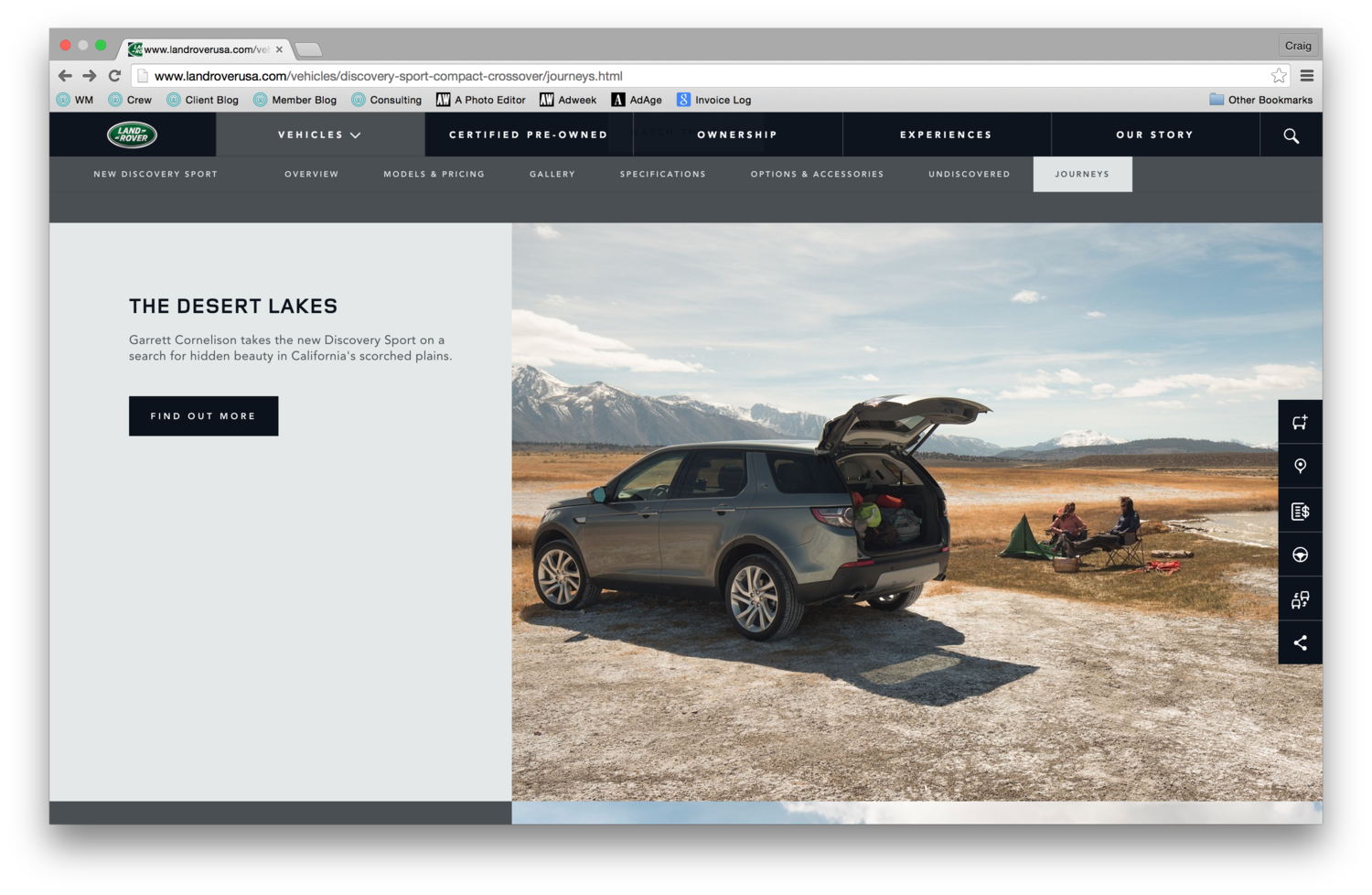 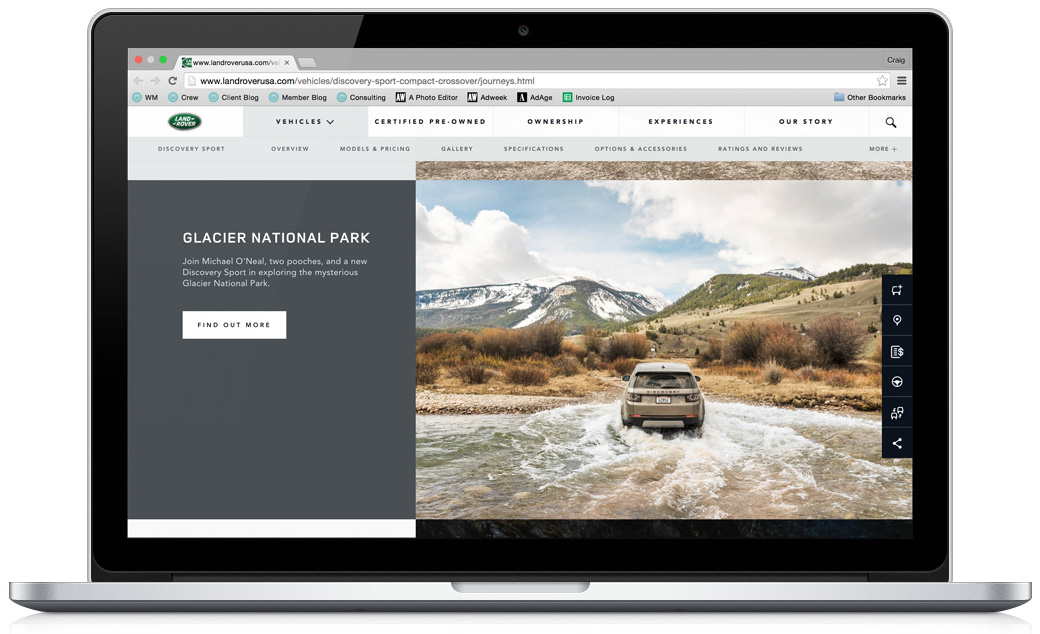 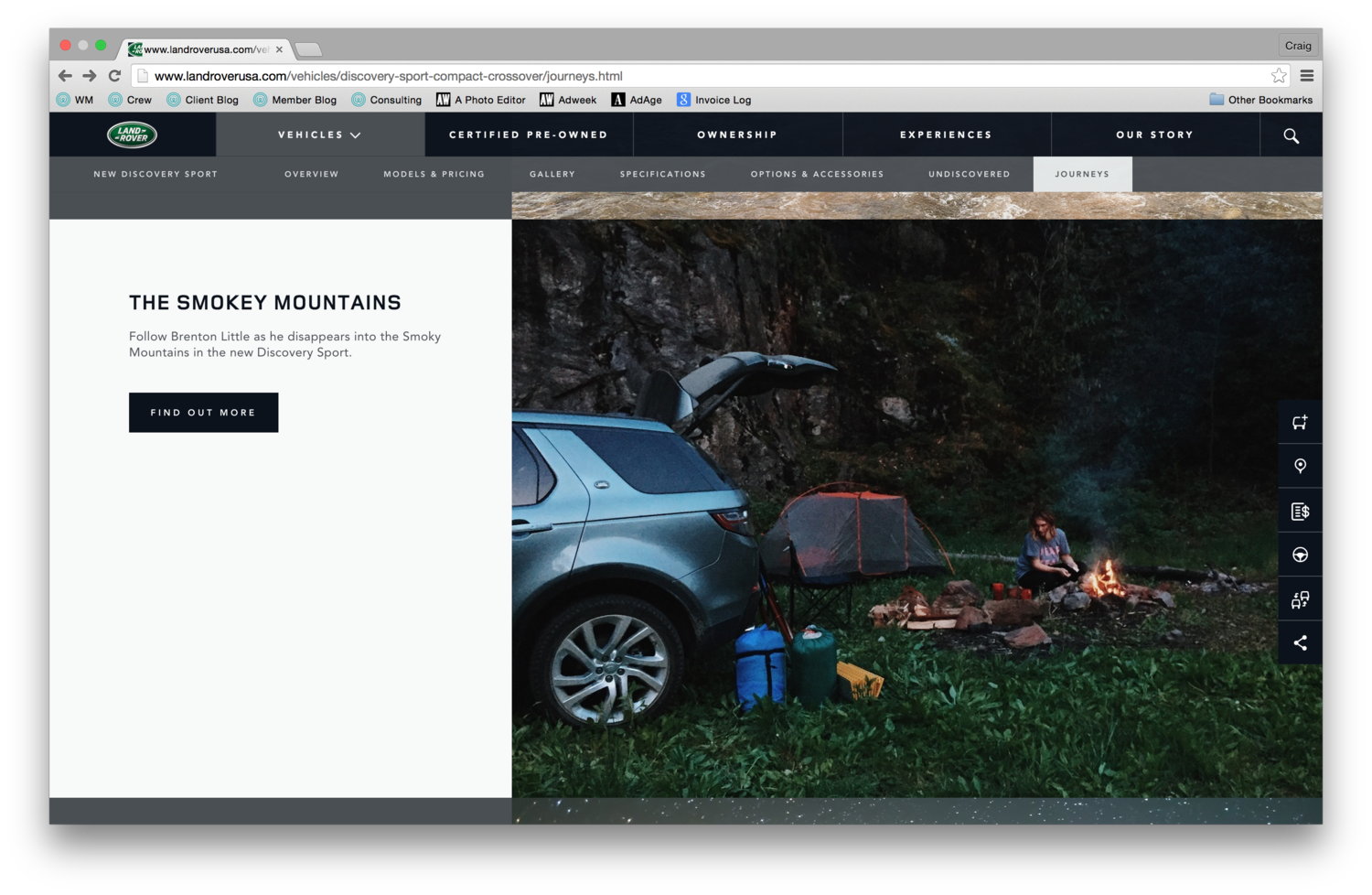 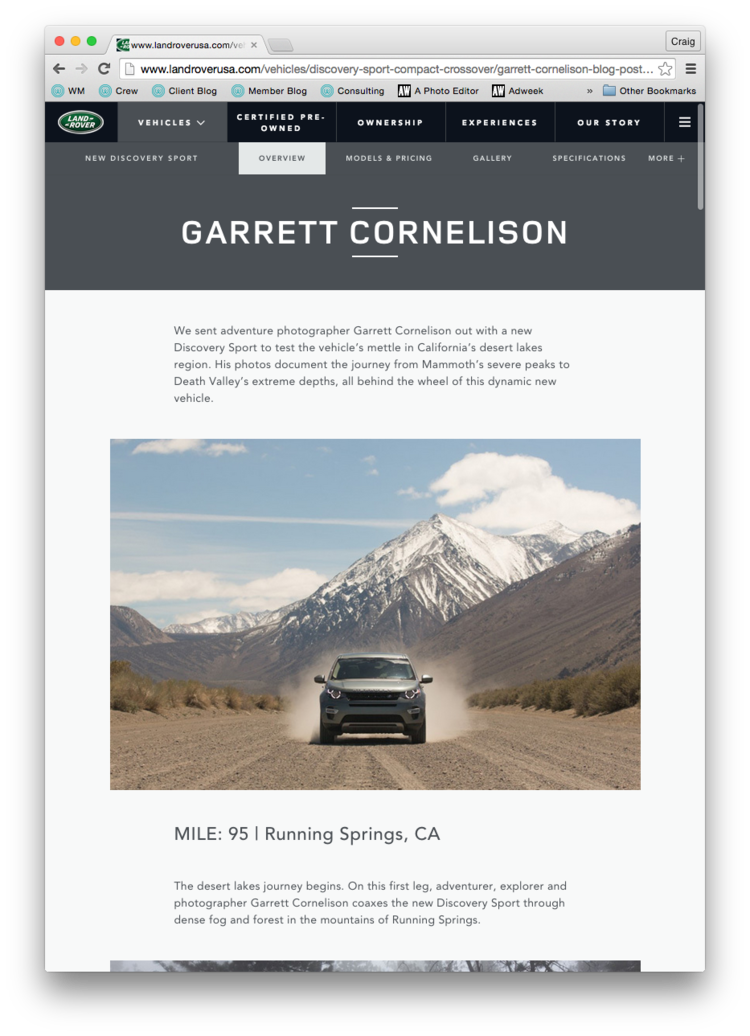 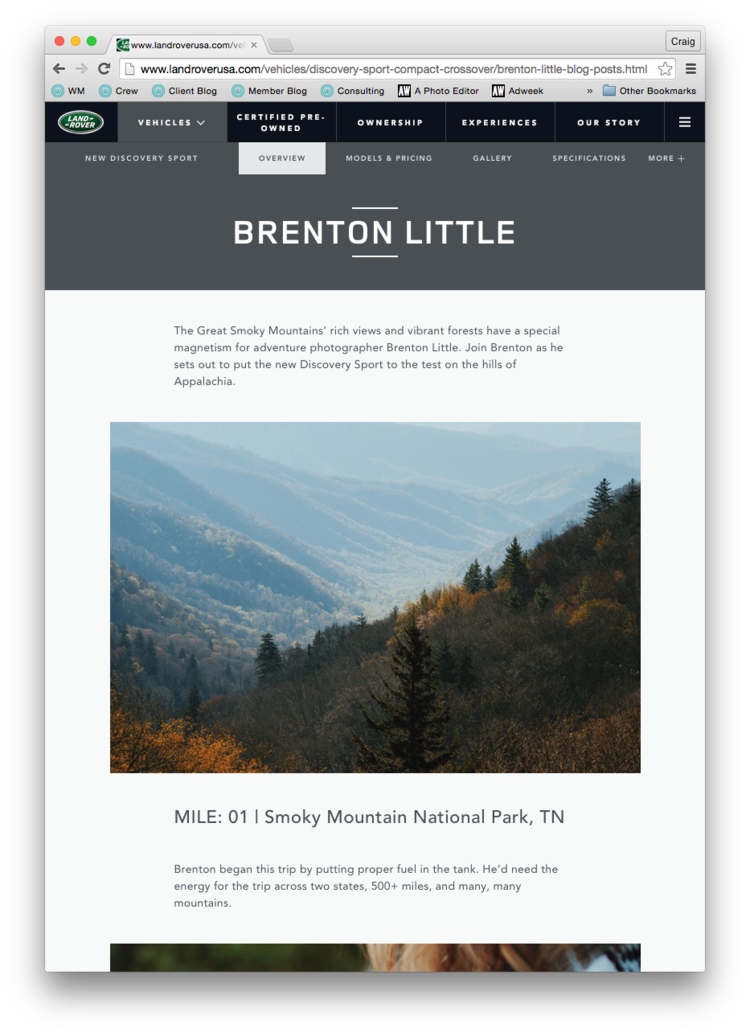 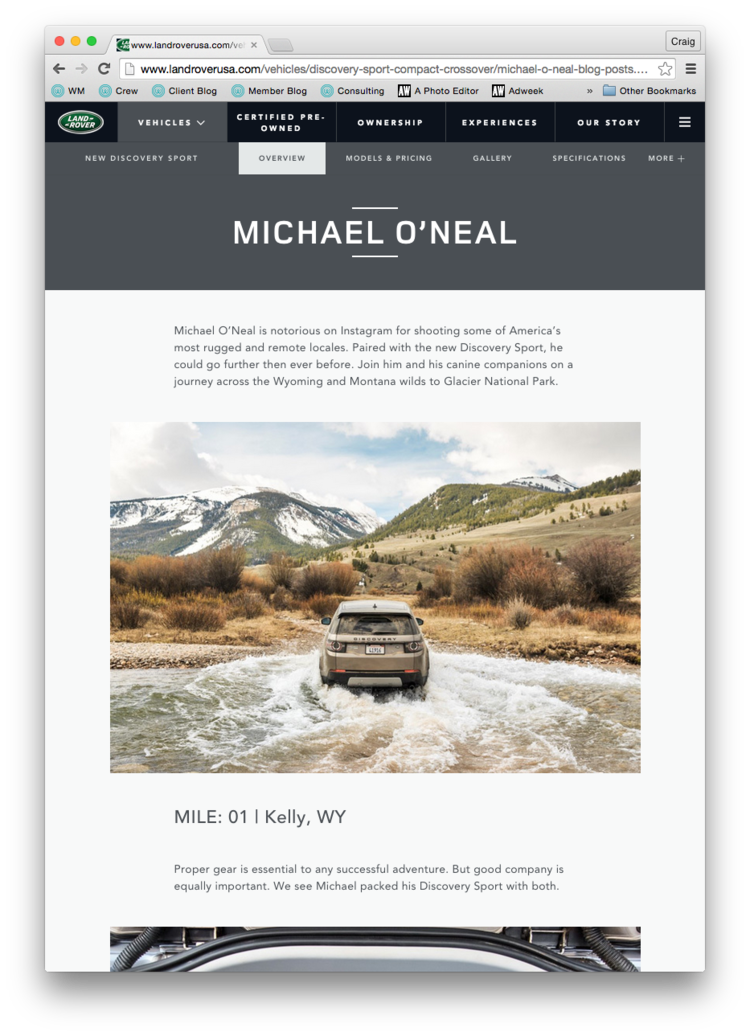 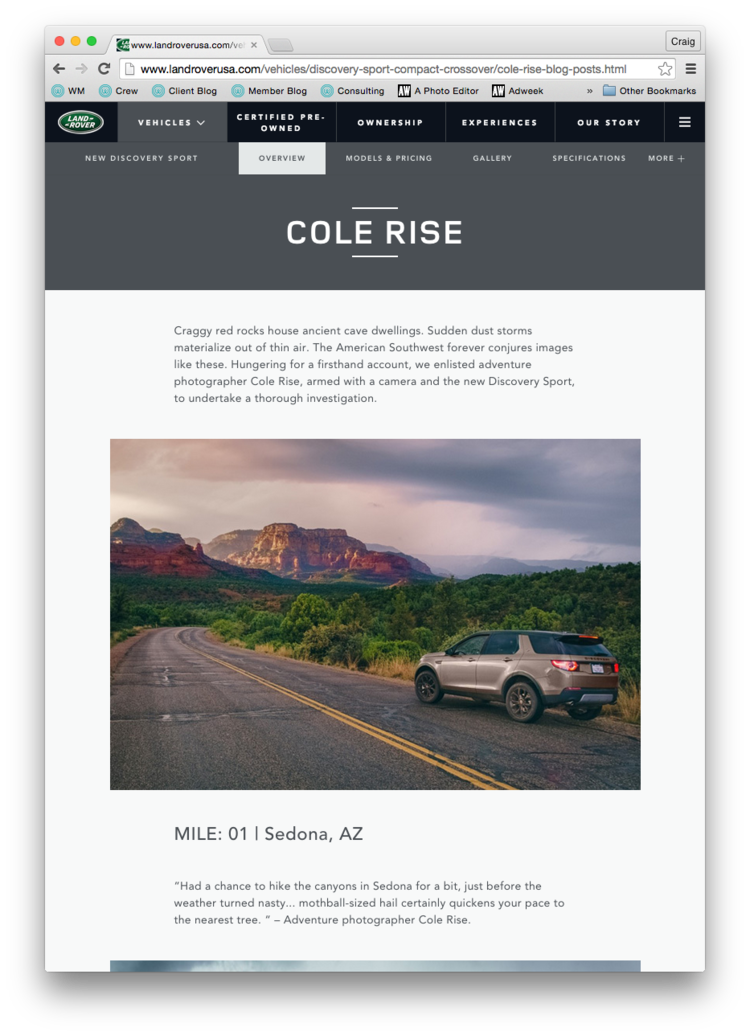 We met with the senior art producer at Young & Rubicam in New York to tell him about our production services, and within a week we were in pre-production for an exciting Land Rover project. We must have made a good impression.

The original concept was simple. Find some photographers with an impressive Instagram following, give them a new Land Rover and have each of them take it on a road trip while documenting their journeys along the way. Given the client and the loose creative guidelines, it was a photographer’s dream assignment if you ask me. After collaborating with Y&R while they had multiple photographers provide ideas and maps for proposed journeys, they ultimately decided to bring on Michael O’Neal, Garrett Cornelison, Cole Rise, and Brenton Clarke Little, who collectively have an impressive 1,933,000+ followers on Instagram.

The first step was to determine where each photographer wanted to go (and to make sure their paths didn’t cross), and to make sure that each journey would result in images showcasing various types of landscapes. After careful consideration, we came up with a plan for the photographers to cover well over 1,000 miles collectively while driving through forests, deserts, rivers, country roads, sand dunes and pretty much every type of terrain possible.

While beautiful light and interesting landscapes would be the main guide for the routes, we did identify a list of specific state parks and national forests that each photographer planned to visit. Even though the production footprint was set to be incredibly light (a photographer, their travel companions and the car with minimal gear), after some research, I discovered that permits were indeed needed to shoot in these places and that those documents would also serve as the location releases. I ultimately applied for 15 permits to shoot in a variety of locations and jurisdictions falling under the US Department of the Interior, the Bureau of Land Management, the National Park Service and the US Forest Service. Although the process was tedious at times (each location had different application guidelines, fees and turnaround times), I felt that in the end, we had our bases covered, and that made me more confident that each photographer would have the proper access to shoot in the most important locations throughout their journey.

While the creative guidelines were loose, the photographers were asked to make sure they at least highlighted a few vehicle features in a handful of shots such as the panoramic moon roof and extra seating. Additionally, they wanted to make sure that at least two of the photographers captured shots that highlighted the terrain response and wading depth of the car by driving through a river and exploring landscapes with boulders. Again, after some research, I discovered that the Bureau of Land Management isn’t fond of vehicles disrupting natural boulder formations or the possibility of cars driving through pristine rivers (which is totally reasonable).

With a priority to obey the Tread Lightly principles, we still wanted to explore ways to capture these images, so we turned to location scouts to help us find private land and/or locations where we could accomplish our goals while respecting the land. I enlisted the services of Adam Silver to help us find a location with boulders in the Southeastern region of California, and Bridger Production to help us dial in a spot to drive through a river near Jackson, WY. Both of them nailed it and were really amazing to work with. The river crossing ultimately took place at a ranch/resort, and Adam helped us pull yet another permit to shoot at a location where there were tons of boulders (which were driven around, rather than driven on, which made the BLM happy).

Once all of the routes and locations were firmed up, we coordinated car shipment/pickup for the first two photographers (only two cars were available so we staggered the four journeys), and they were on their way. The photographers uploaded a few selects each day to document their progress, which wasn’t an easy task at times since internet reception was nearly non-existent in many of the remote locations. It was exciting to see their journeys unfold, and since each photographer had their own unique style, it was impressive to see how each of them decided to capture landscapes and wildlife while integrating images of the car.

In the end, the photographers generated thousands of beautiful images of the car in various landscapes along with images of breathtaking wildlife along their journeys. They each ultimately posted a selection of their images to their own Instagram accounts, while Land Rover did the same on their Instagram feed as well. Here are a few of the postings:

Land Rover also made use of the images throughout their digital components, and here are a few of the results: