Summit is a multi-story immersive visual experience and observation deck, towering over New York City, and we collaborated with photographer Evan Joseph to create content for the grand opening and to support an ongoing marketing campaign promoting the tourist attraction. 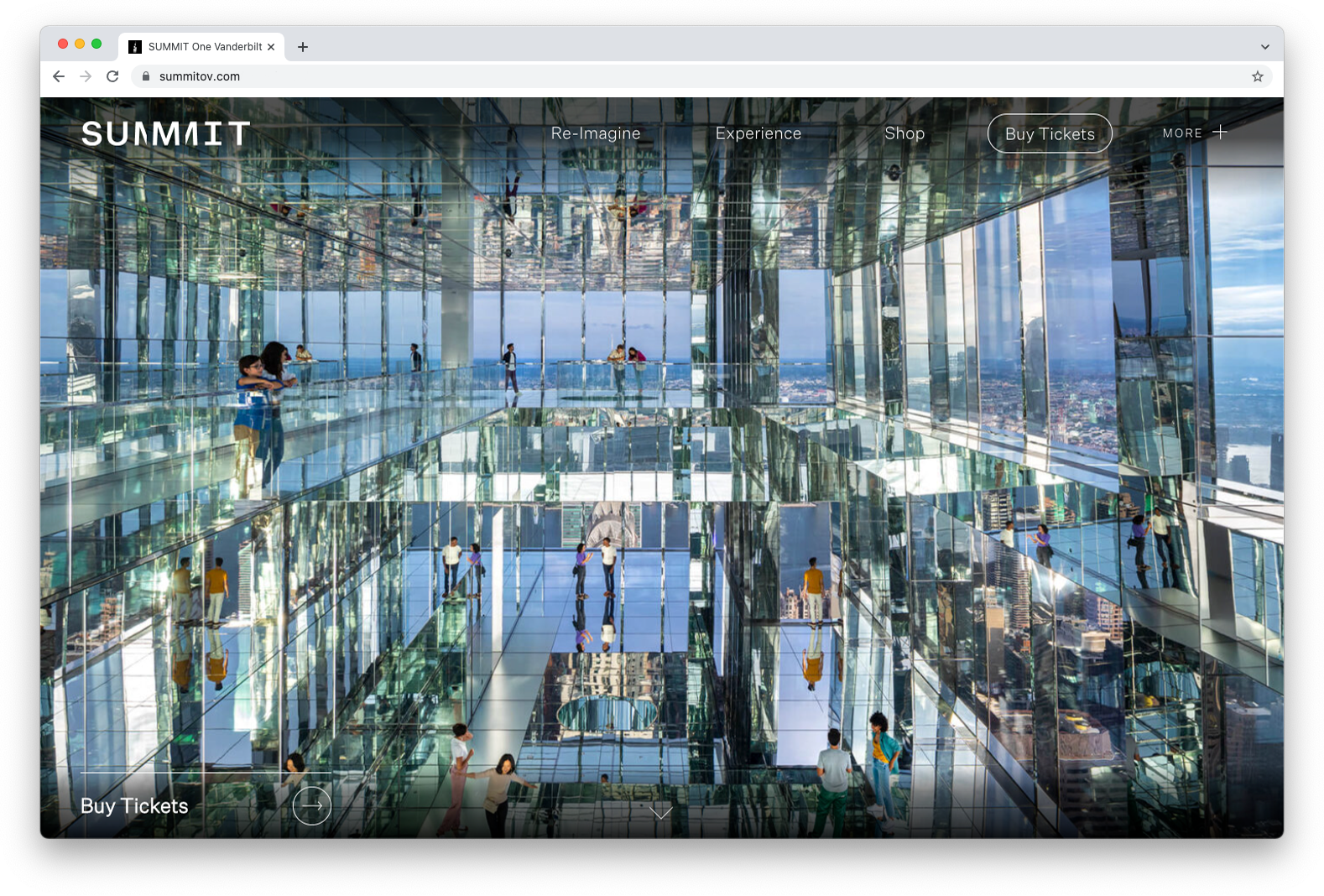 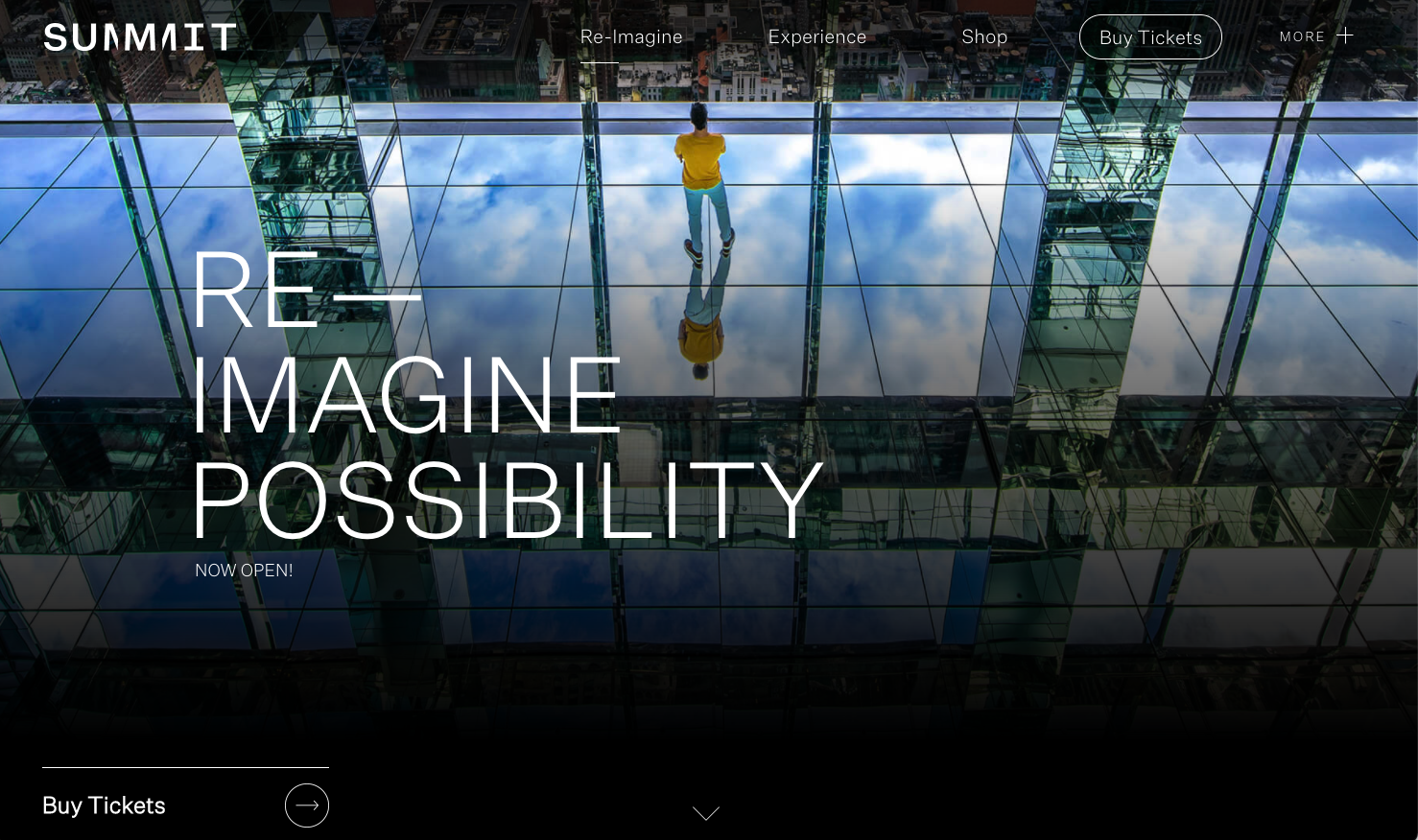 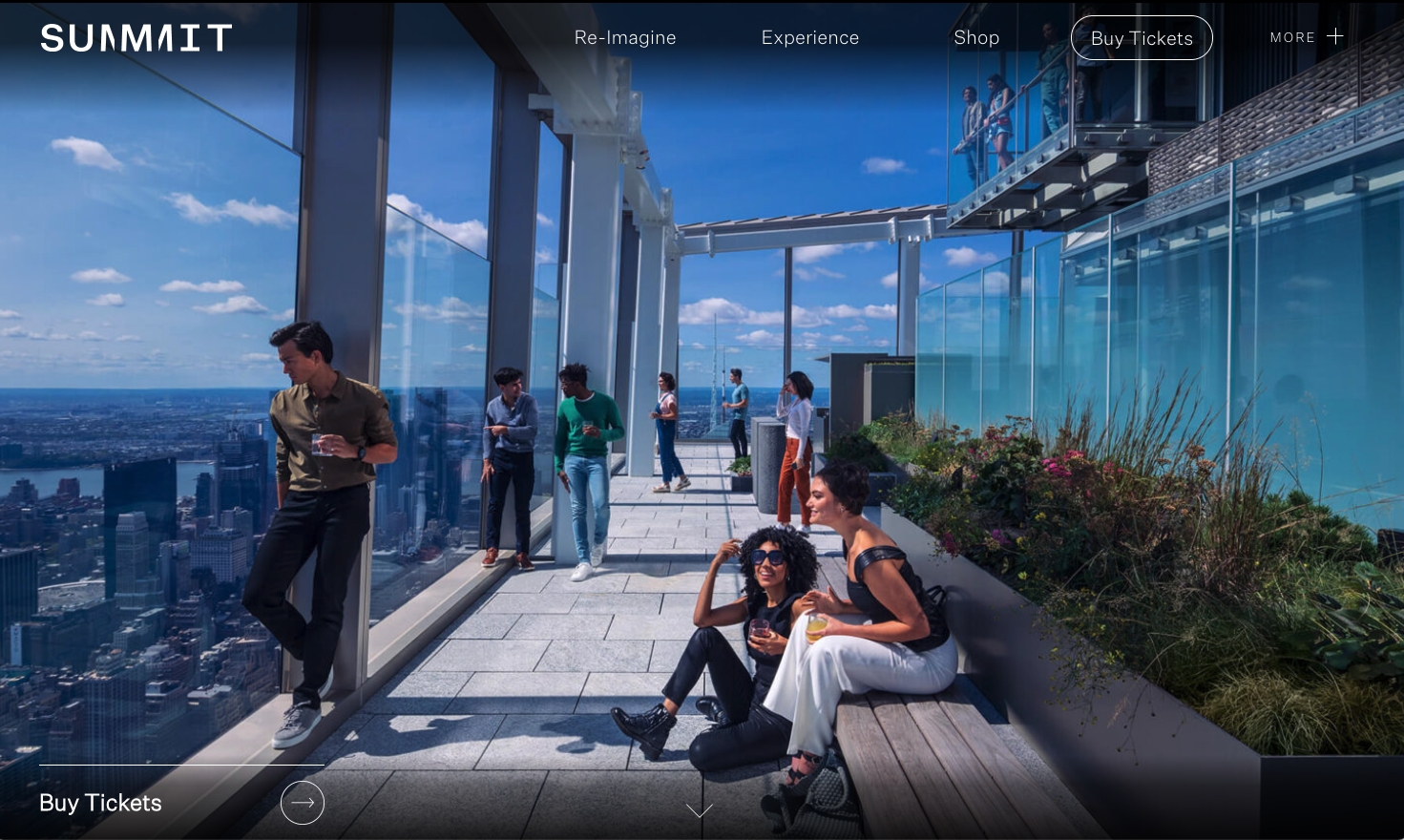 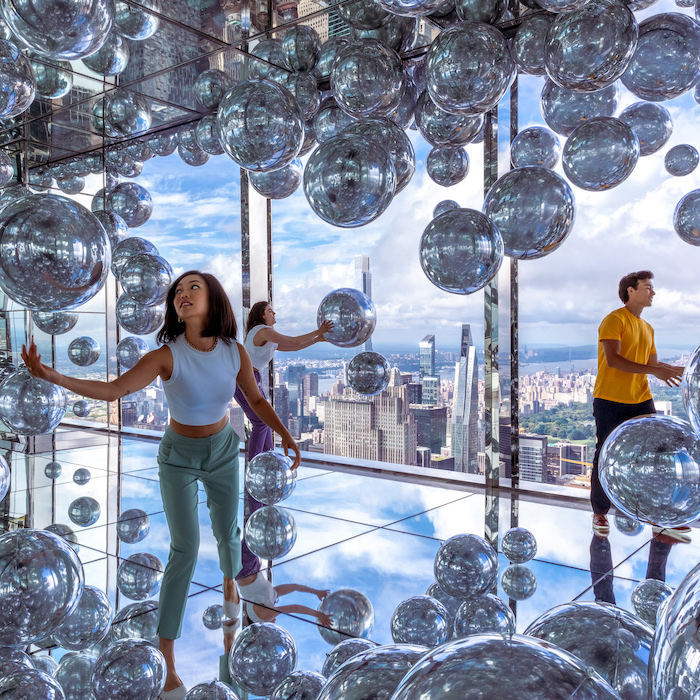 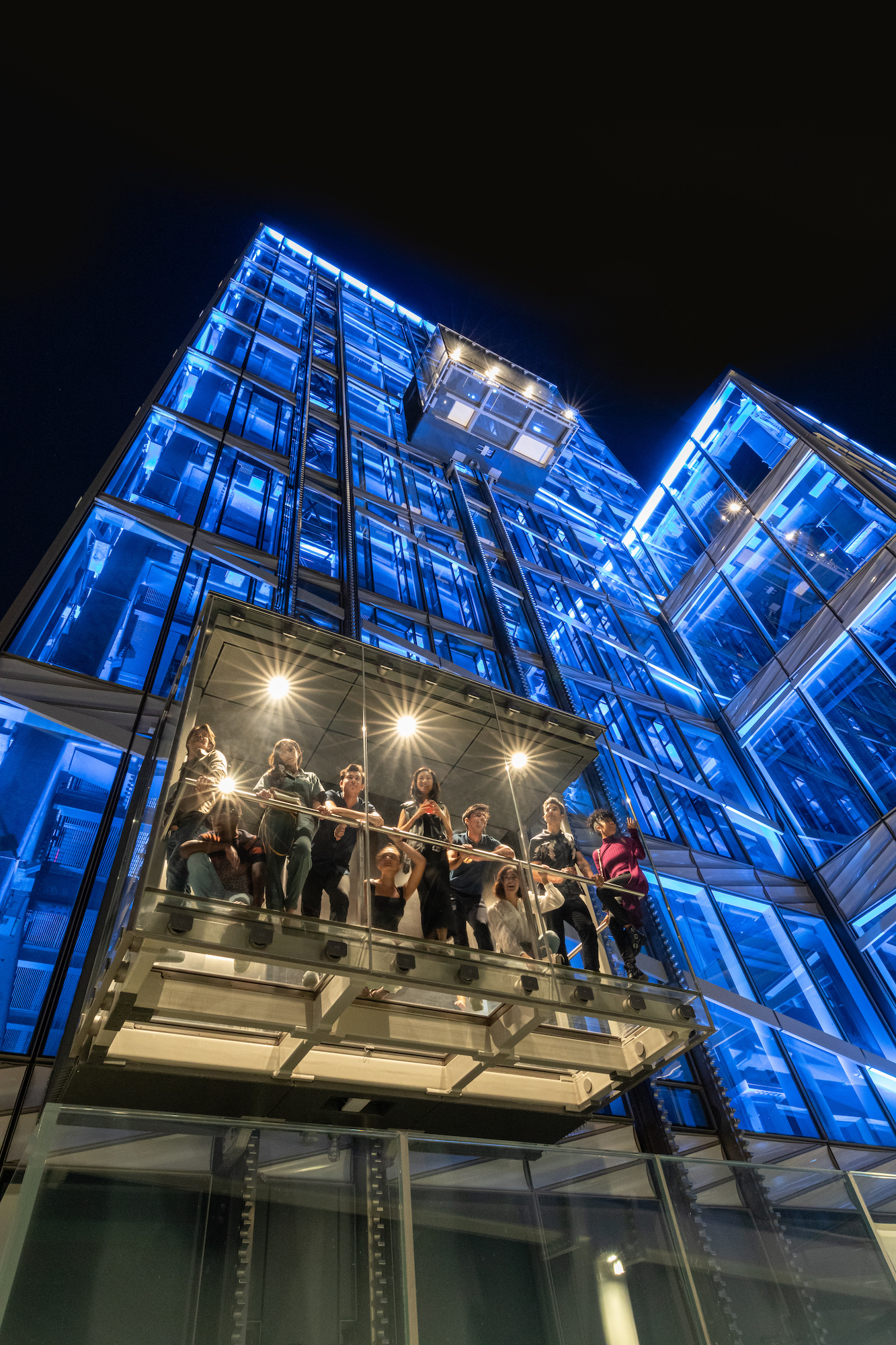 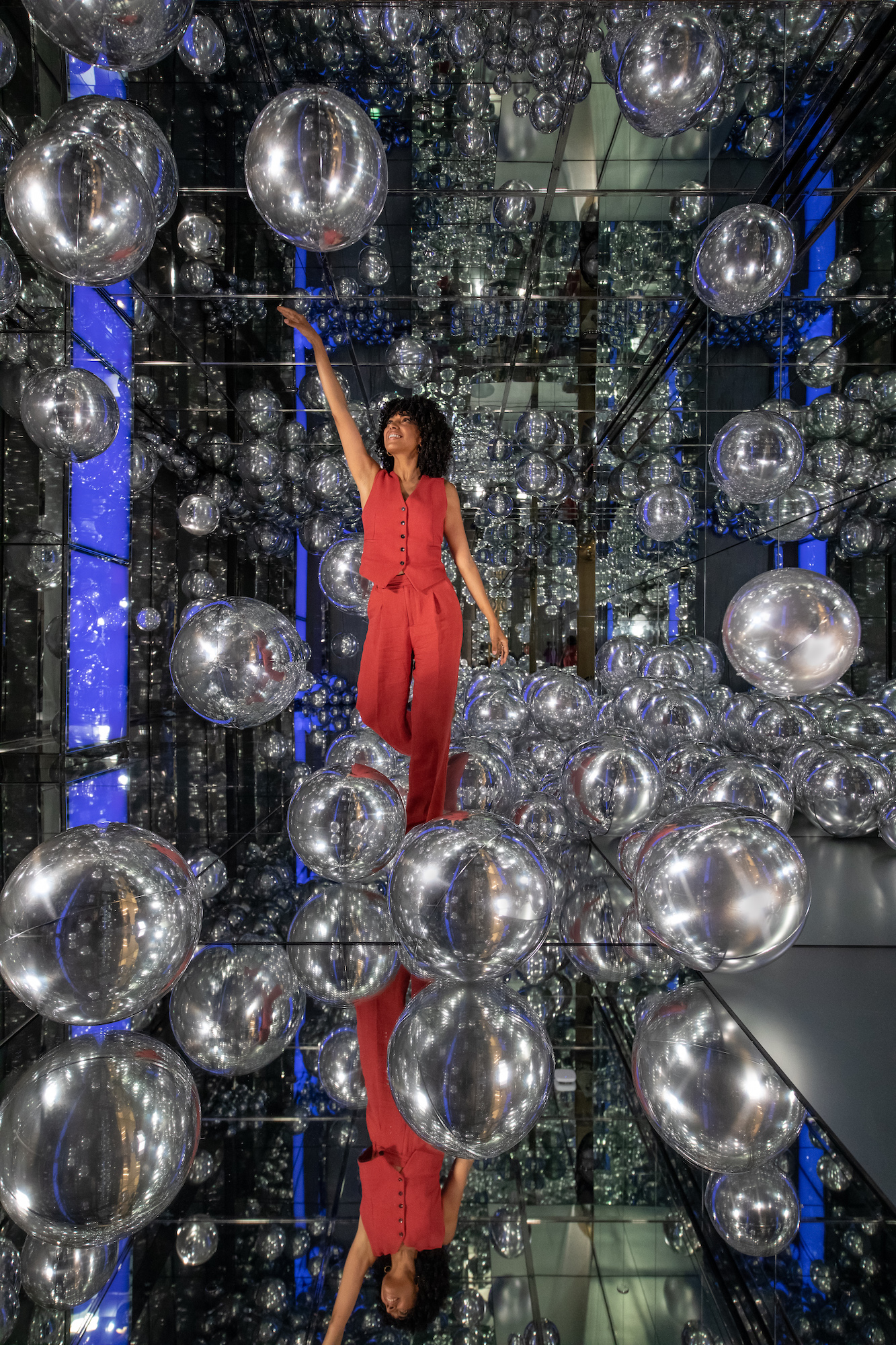 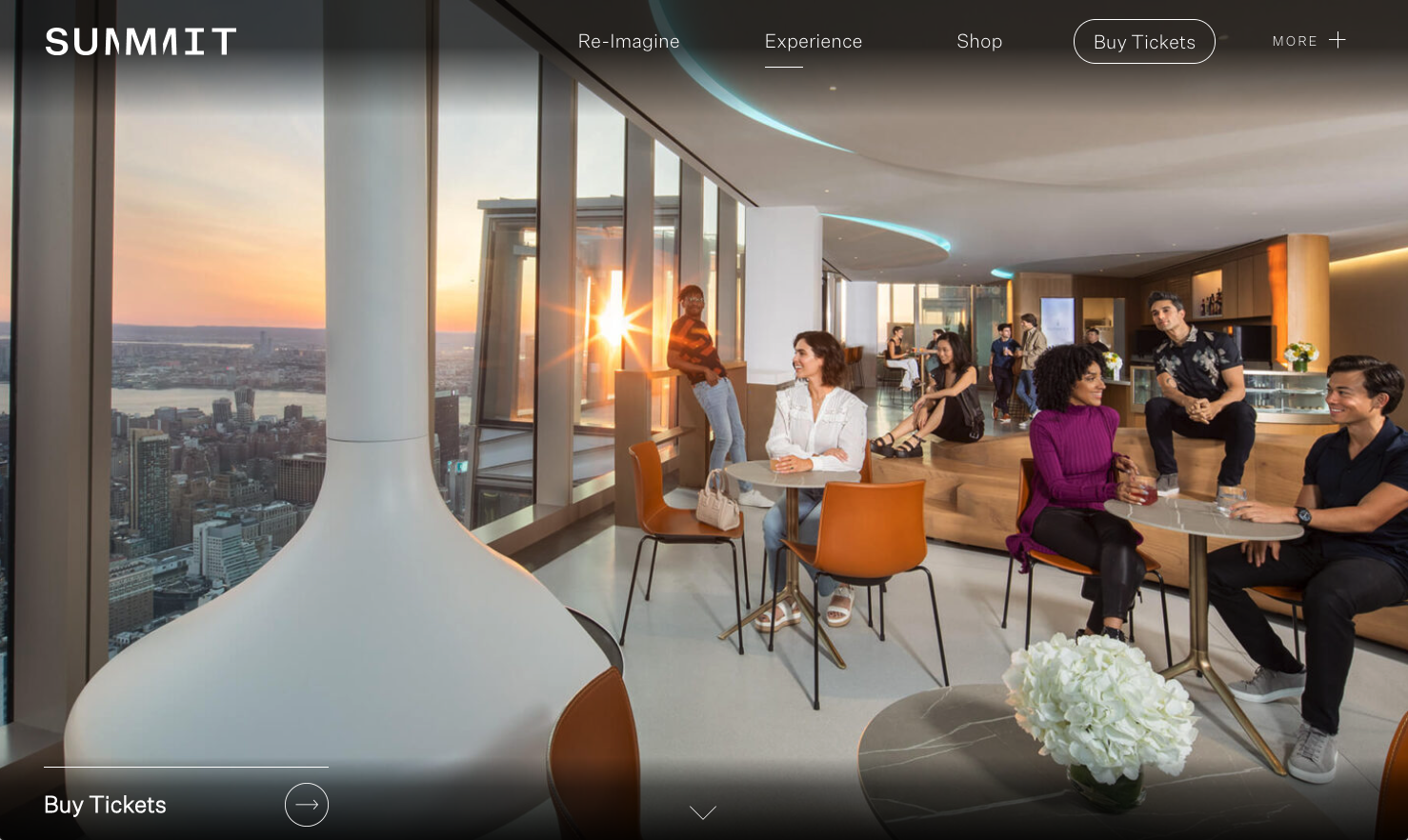 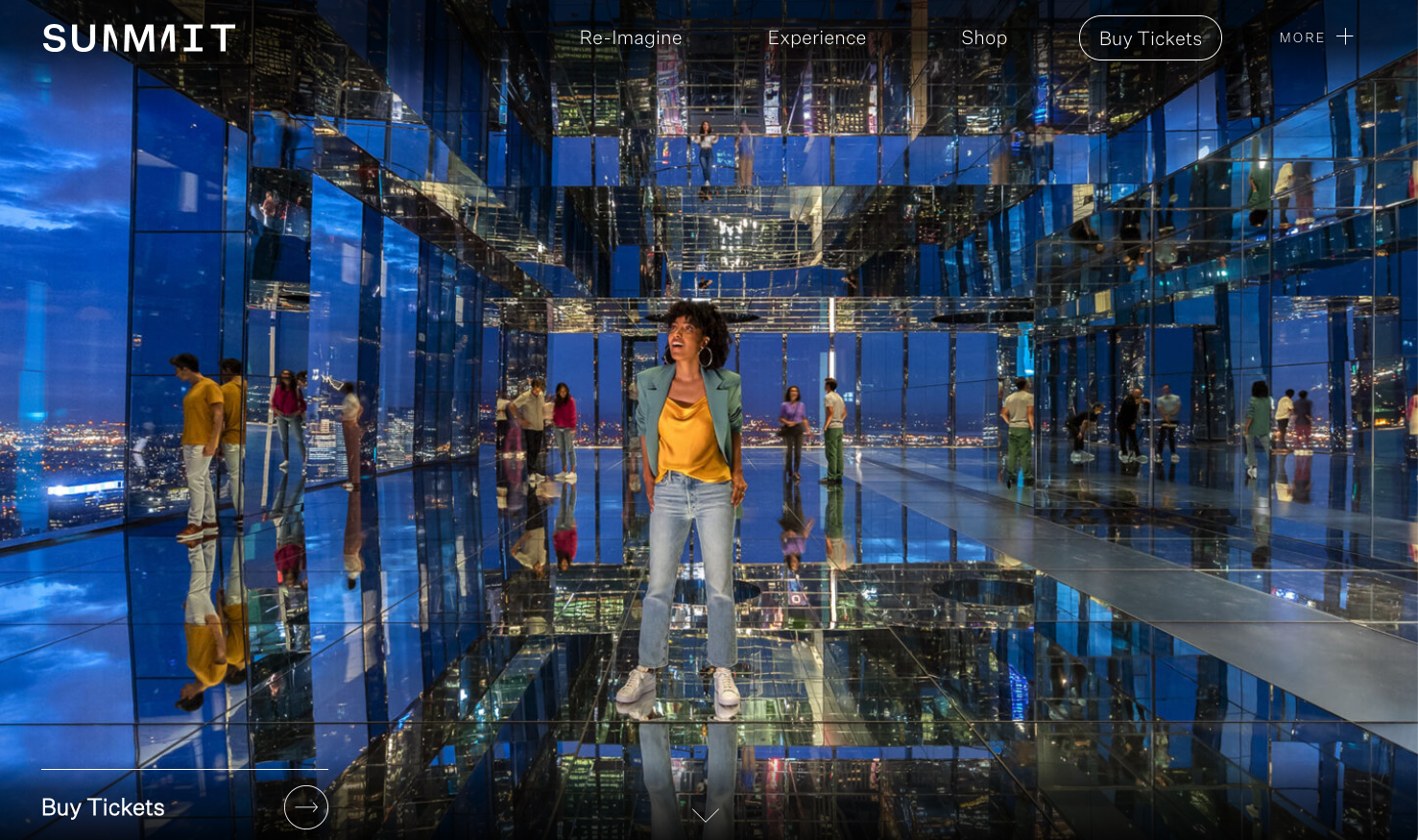 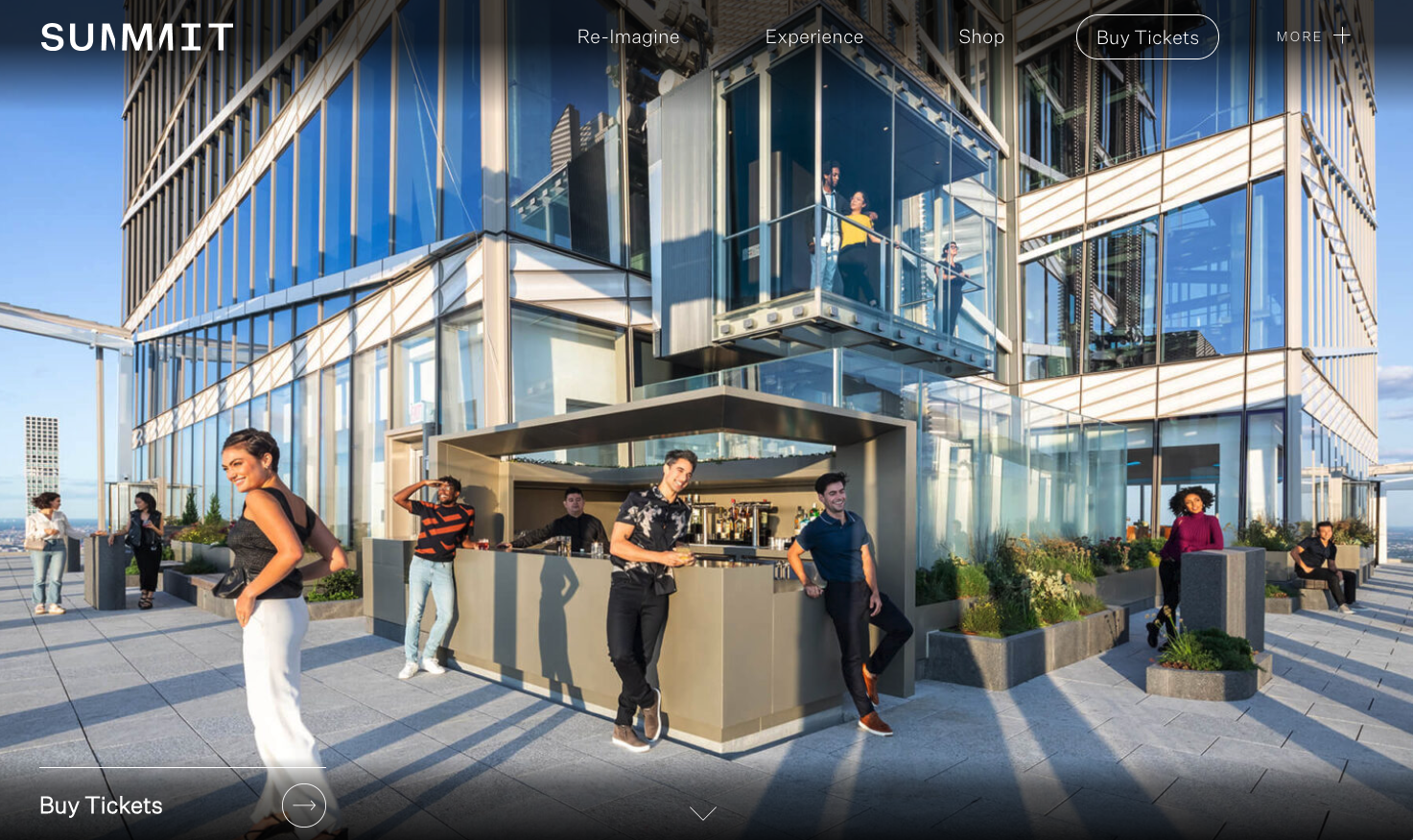 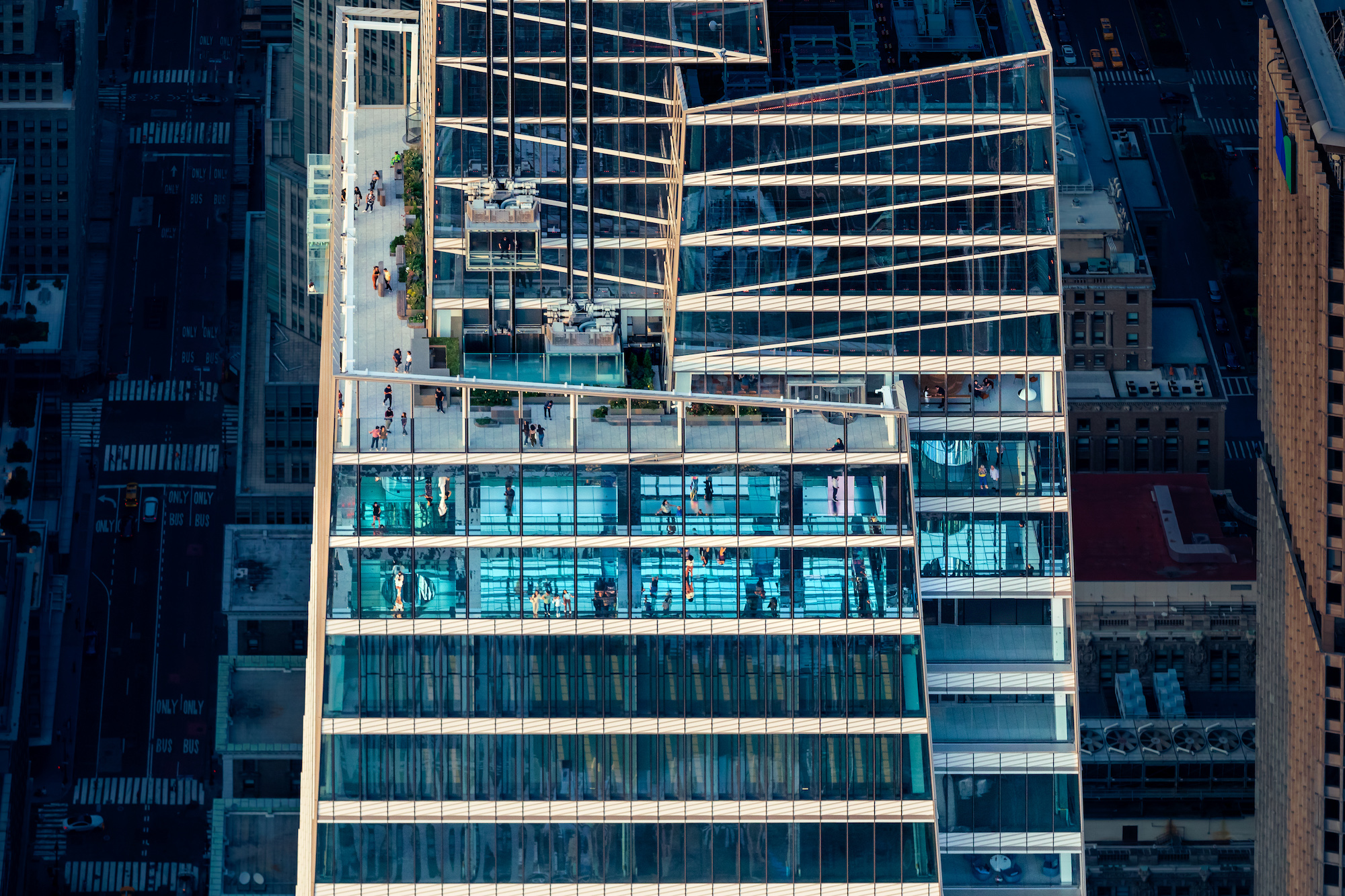 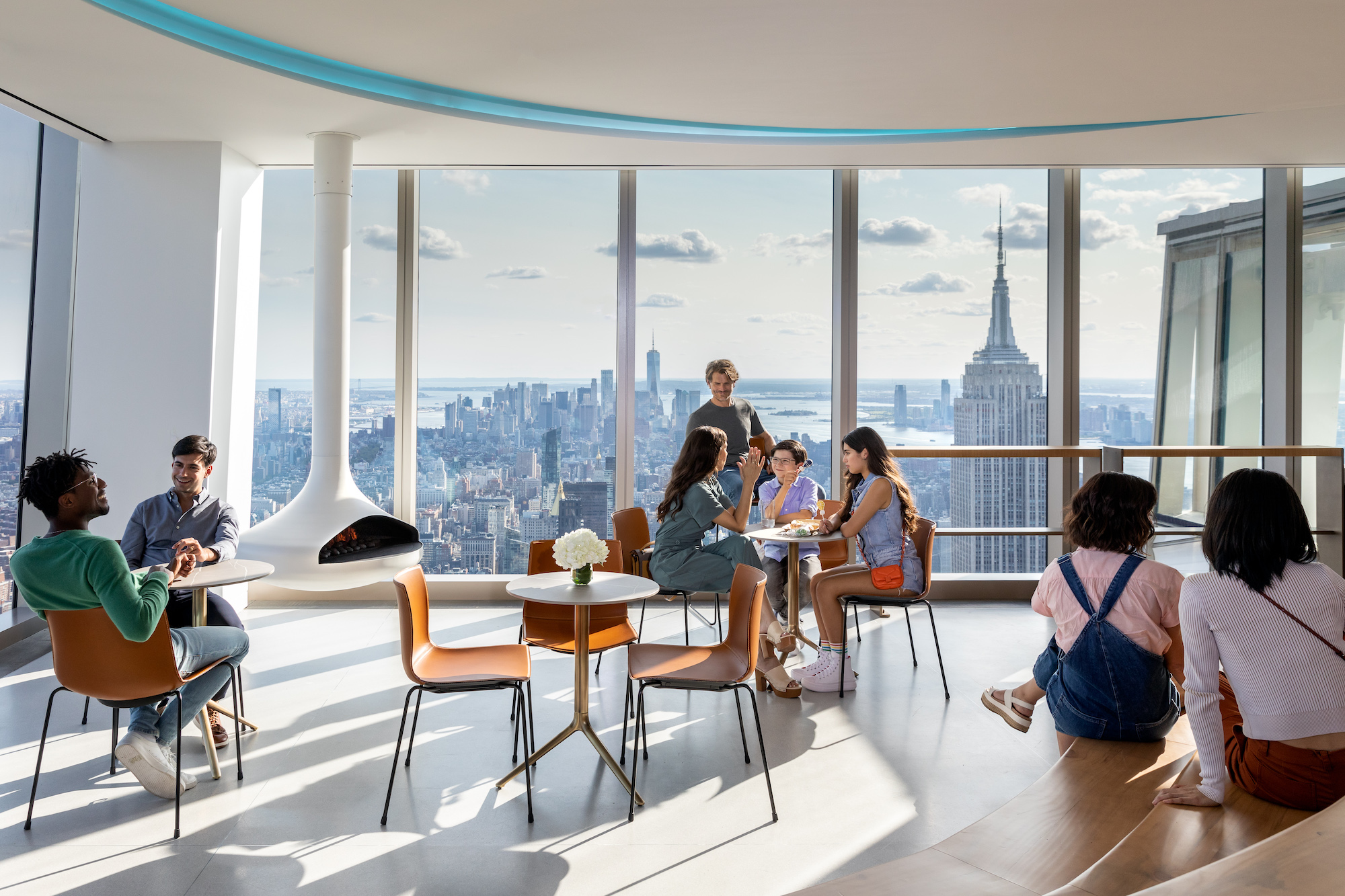 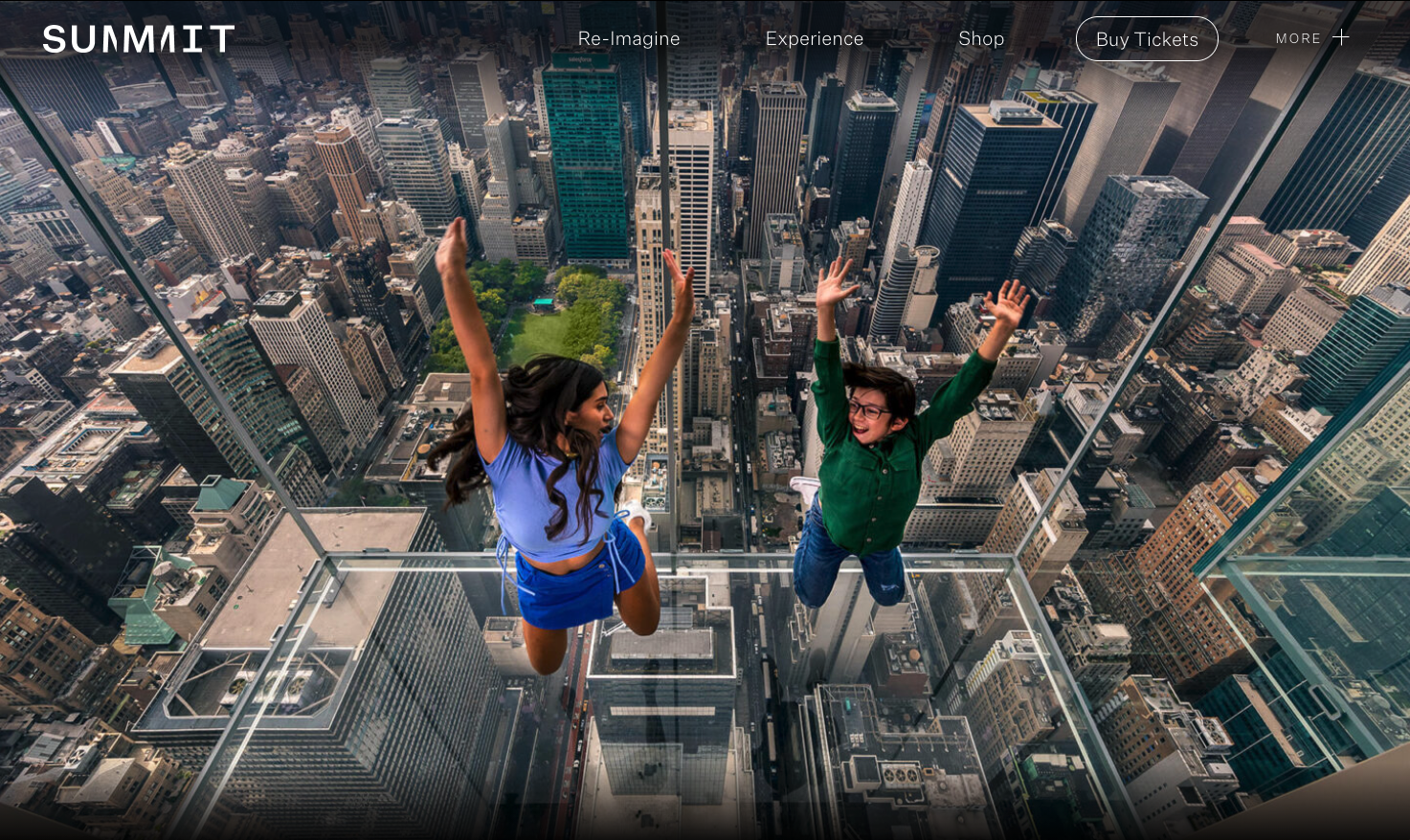 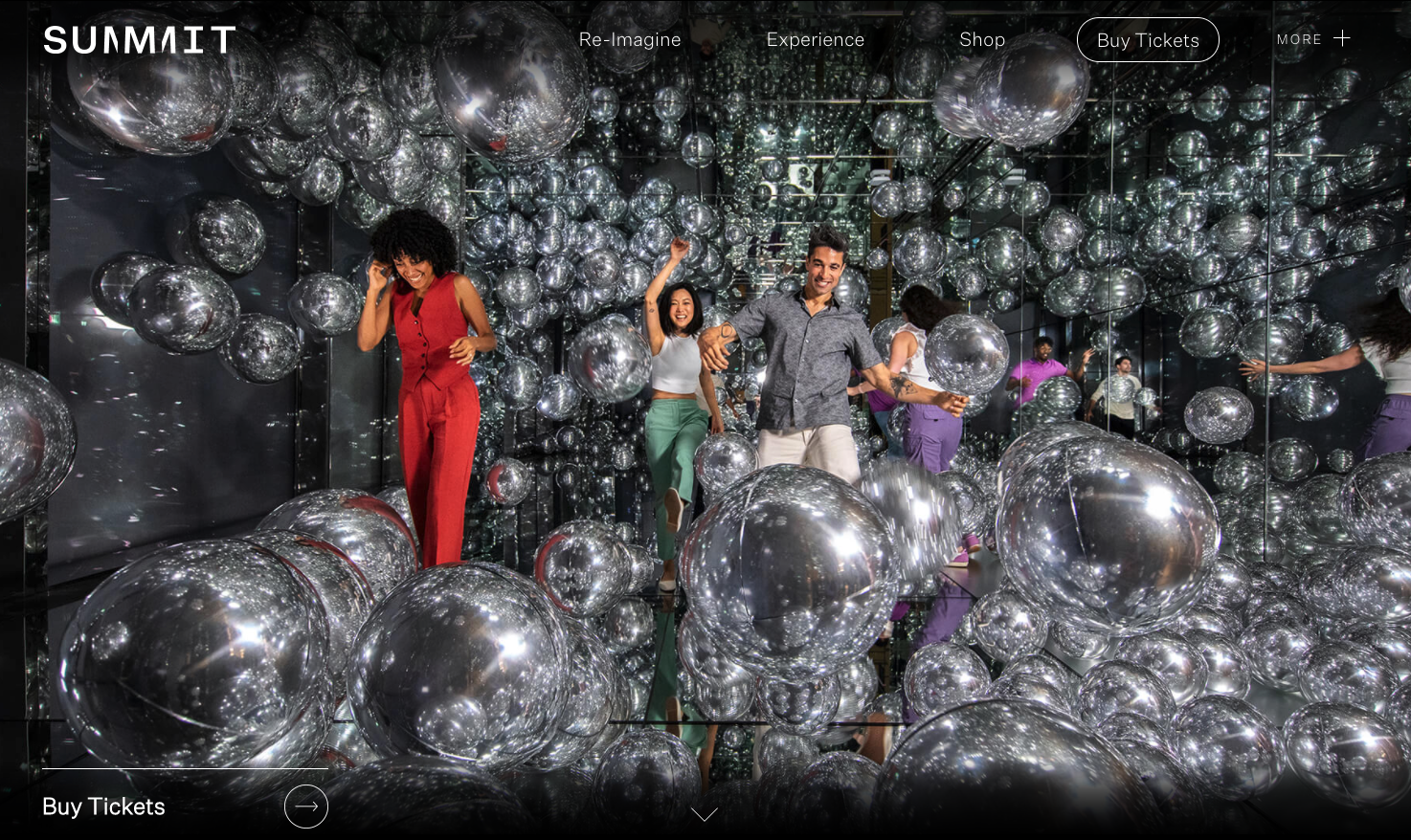 Evan Joseph has photographed every major observation deck in New York City, so it was no surprise when Summit reached out to discuss a production with him. Evan brought us on to estimate and then produce the project, which ultimately turned into a massive six-day project involving a big crew, tons of talent, helicopters, and an overall unforgettable experience.

When we first saw the renderings for the space, we were blown away. Not only is Summit an observation deck on the fourth tallest building in New York City, but it’s also a totally mind-blowing three-story visual experience dreamed up by Kenzo Digital (read more about that here). From a massive mirrored-filled room with breathtaking views to floating mirrored balloons, glass elevators, a café, and the observation deck itself, Summit allows visitors to view an infinitely reflected New York City from both inside and outside while towering over the city.

On our first visit to Summit, located in the One Vanderbilt building, the space was still very much under construction. This was our first opportunity to meet Summit’s very talented marketing manager, Alexis Tymorek, who provided us with hard hats and an unforgettable tour of the property. As we toured each floor, we began to envision what the space would ultimately look like. With each site visit after this, we witnessed an incredible transformation from a raw industrial worksite to one of the most beautiful spaces in all of New York City.

From a production standpoint, we knew this would require a lengthy list of crew and resources to bring a massive vision to light. We started by collaborating with Wulf Casting to help find our talent, and we brought on stylists Stephanie Tricola and Clara Rae (and a team of assistants) to help outfit and prep the talent. As we worked through the pre-pro process, we brought on a lengthy roster of crew consisting of multiple assistants, PAs, a digital tech, a second shooter, a videographer, and additional line producers.

One of the main shots we discussed from the onset of the production required a helicopter for Evan to shoot back towards the populated space, and we collaborated with Gotham Films and aerial DP Kai Simonson to help make this happen. In addition to our tech/scout day inside the space, we coordinated a scouting flight to help us determine the best time of day and angles to capture the building. This was especially important due to Summit’s use of special low reflection glass around the entire multi-story experience and us not knowing at the onset how that would appear from the outside in various lighting conditions.

We ultimately split the production up into two three-day shoots, which helped us capture content both as the space was being built around us, as well as after the completion just before the grand opening. Each day required the 30+ person team to make our way up 93 stories into the sky and strategically move around the space to capture all of the different experiences and rooms that comprise Summit.

There was a speedy turnaround from shooting to printing. Within days of wrapping the production, the content was on billboards, print ads, subway posters and was beautifully placed within Summit’s website and social media channels. Most productions are a bit of an adventure, but this was by far the most exciting and impressive production we’ve done to date. The success heavily relied not only on Evan’s creative and technical experience but equally on an incredibly collaborative and supportive client and the hard work of a fantastic crew.

See more case studies on our Shoot Production page. If you have any questions, or if you need help producing your project, send us an email!